With Philanthropic Efforts, Paul Allen Leaves Behind a Legacy 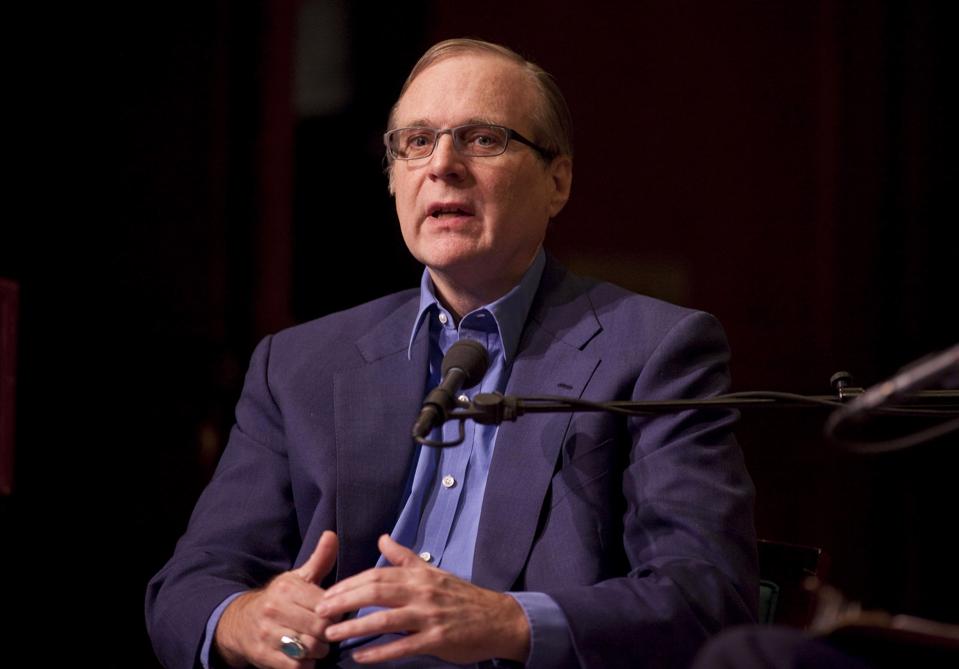 Exactly three years before his death on Monday, Paul Allen received the Carnegie Medal of Philanthropy at the New York Public Library. “I hope to be a catalyst not only by providing financial resources but also by fostering a sense of possibility, encouraging top experts to collaborate across disciplines, challenge conventional thinking and figure out ways to overcome some of the world’s hardest problems,” he said in his acceptance speech.

“Catalyst” is a word Allen often used to describe his approach to philanthropy. He funded long-term projects that he believed would make a difference in a variety of ways.

In his 2011 memoir, Idea Man, Allen recalled the thrill he felt in the early days of Microsoft: “[I]t struck me that the code I had helped to write would fundamentally change the way people worked, played, and communicated. Having that kind of impact forever changes your sense of purpose in life. It’s a feeling you’ll always want to find again.” Allen’s philanthropic work, about $2.6 billion in lifetime giving, was perhaps driven by none other than this feeling.

As a philanthropist his interests were anything but narrow. He donated funds to protect the planet, fight Ebola (with $100 million), improve education equality, support the arts, conserve wildlife, and research intelligence — both natural and artificial.

Some of his giving was certainly informed by his past. He donated at least $55 million to the University of Washington, where his father worked as a librarian and where he and Bill Gates, when they were high school students, snuck into the university’s computer science department’s labs. He also gave $26 million to Washington State University, the alma mater he dropped out of.

A large part of his philanthropy was also about his vision for the future, and as such his contributions didn’t just come in the form of mere donations, but often in projects—institutes and initiatives created with a large goal and funded through his foundation and Vulcan Inc., the umbrella company that served as his vehicle for impact.

The most prominent of his philanthropic enterprises is perhaps the $500 million Allen Institute for Brain Science, which was founded in 2003 with the mission to understand humankind’s most complex organ.

The conception of the institute was driven by Allen’s own fascination with the brain, which he referred to as the “ultimate machine.” The investor in him wanted to make sure he had an executable idea before starting an organization. “I wanted a facility run on an industrial scale, with biotech urgency but without the profit motive,” he recalled in his memoir.

In early spring of 2002, he invited 21 scientists — from linguist and psychologist Steven Pinker to Nobel laureate Richard Axel — to his private yacht for a three-day brainstorming session, which he referred to as a charrette. There they agreed that mapping the way genes are expressed in the brain would benefit the whole of neuroscience.

The idea also delighted Allen in that it was big science but with real-world utility value, because the research could advance our understanding of Alzheimer’s (from which his mother died), schizophrenia, and a range of other brain conditions. An atlas of the brain thus became the institute’s inaugural focus. In 2017, the institute debuted its database of live human brain cells, which may help further scientific understanding of conditions like autism, Alzheimer’s and Parkinson’s.

Beyond science, Allen was passionate about music. A longtime guitar player — he played in a band called the Underthinkers — Allen founded the Experience Music Project (now called the Museum of Pop Culture) in 2000, dedicated to the ideas that fuel popular culture. Just last year he launched the Upstream Music Fest + Summit, a 3-day celebration of music in the Pacific Northwest.

His wide-ranging curiosity led Allen to fund an eclectic mix of philanthropic projects. The self-proclaimed “idea man” left behind a legacy that amounts to far more than ideas.

$240 million to found the Experience Music Project/Science Fiction Museum and Hall of Fame, now the Museum of Pop Culture

$125 million to found the Allen Institute for Artificial Intelligence

$100 million to found the Allen Institute for Cell Science