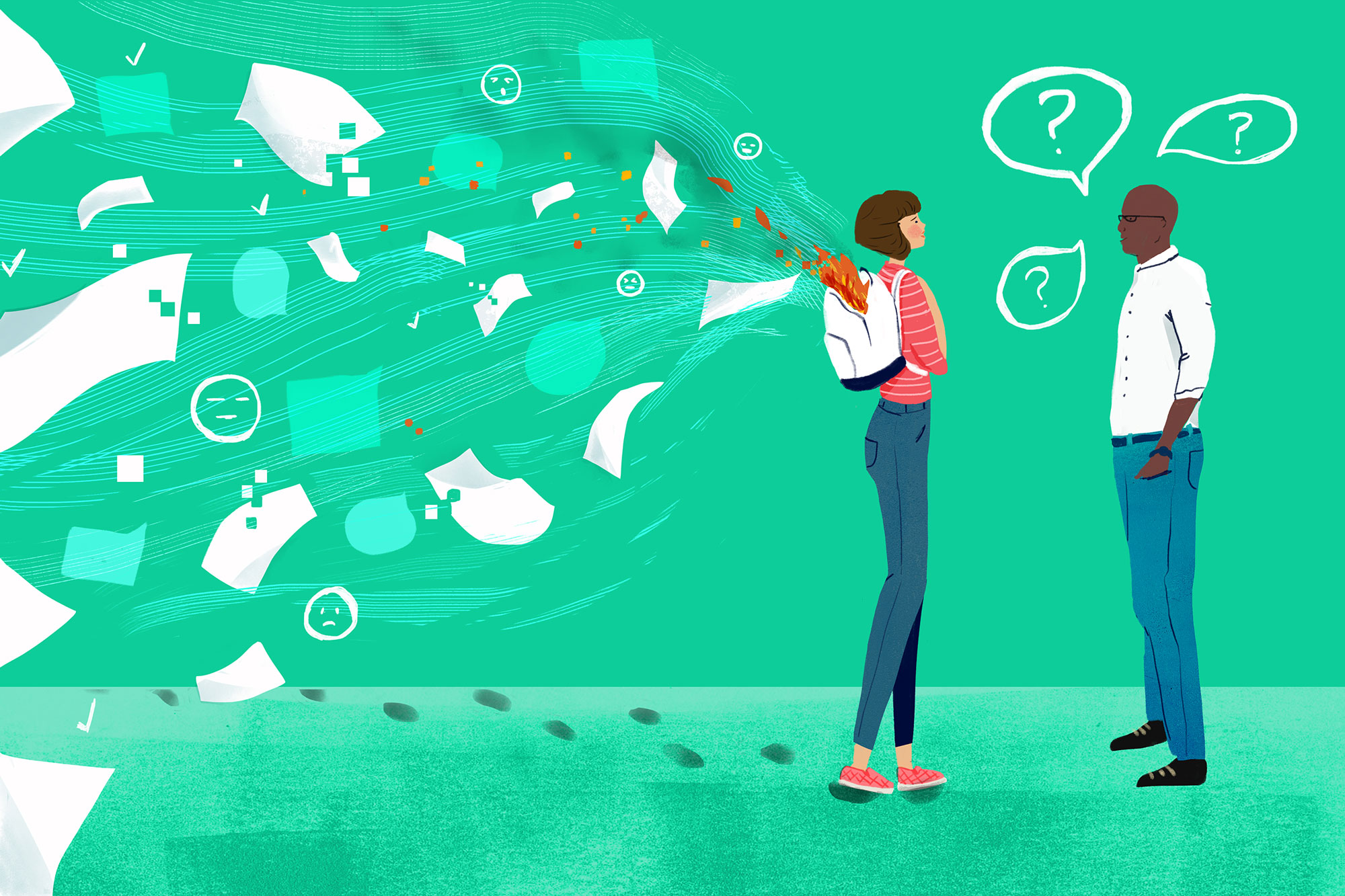 While whiteboard interviews may catch heat from some people for being impractical or indexing for the wrong qualities, they are not deceptive. Even with the most labyrinthian Leetcode exercise, you don’t have to guess at what the interviewer is “really” asking.

The non-technical interview, however, is more of a puzzle. Hiring managers are trying to dig into your personality, assess your fortitude, and understand your core values. Every question they ask has a subtext, and if you can’t translate it, it’s likely you’ll give a terrible answer.

To help, we’ve taken three of the most common non-technical interview questions, translated what they’re really asking, and given you a framework for answering. Just for fun, we included examples of terrible answers we’ve heard in interviews.

1. Tell Me About A Time You Failed

Translation: Can you stomach failing until we figure things out?

It’s awkward to talk about a legitimate failure during a job interview, where you’re trying to project the most competent version of yourself. Don’t think of this question as a test of your competency or resourcefulness. It’s designed to gauge whether you have the nerve to withstand the stress and uncertainty of a startup.

Answer this question by talking about the most beyond-your-control work situation you’ve been part of. If you’ve ever been a part of a company that was running out of money or worked on an initiative that was doomed from the start, now is the time to talk about how you handled the stress.

Trevor Brosnan, head of technology at Plastiq—a startup that allows users to pay their bills with credit cards—said the best answer to this question comes from candidates who have been through a startup failure.

“Going through that process builds up the muscles of resiliency to deal with very difficult challenges and obstacles,” he explained. “We need people to be comfortable with uncertainty in the particular areas they’re working in, where we may need to build something, and we don’t know exactly what the final answer is.”

Terrible-but-popular answers include: “I didn’t get along with a coworker.” “I struggled to balance work and life.” “All I do is win.”

2. Where Do You See Yourself In Five Years?

Translation: Are you ambitious enough for a startup?

Startups are high-risk, high-reward propositions. They take small groups of people, initially with very little money, and bet that they can solve a problem that impacts a large base of people better than any other company—including tech giants.

To really buy into this type of mission, you have to have ambition in your DNA. Ambition is not bravado or rah-rah nonsense about how hard you hustle. It’s the desire and will to do something that nearly everyone else fails at—like building a unicorn.

When asked where you see yourself in five years, be nakedly ambitious. Talk about your dream of starting your own company, of building new technologies, of helping a company exit for $1 billion. Startups need people who have enough energy and ambition to carry the company forward. Now is not the time to come off as conservative in your goals.

This advice is especially true if you’re interviewing at early-stage startups. As AngelList founder Naval Ravikant said, “When (early-stage startups) are hiring early employees, they’re really just hiring late founders.” And a founder needs ambition above anything else.

Terrible-but-popular answers include: “Managing the role I’m interviewing for.” “Somewhere where I get to work hard with people I like.” “In your job.”

Translation: Do you really understand the problem we’re solving?

Nearly every role at a startup—especially an early-stage one—is responsible for independently solving new business problems. Keith Rabois, an executive at PayPal, Opendoor, LinkedIn, and Square, refers to these people as “barrels”—you can point them at a problem, and they can devise and implement a solution with little oversight. People who can only do work explicitly assigned to them are called “ammunition” in Rabois’ framework.

Startups need as many barrels as possible, so you’ll want to speak directly to how you can solve the company’s immediate problems.

The key here is to do your research. For example, if you’re interviewing for a front-end role, dive as deeply as you can into the company’s product. Thoroughly review any open source repositories it has, document performance issues you find, and research every interview or blog post you can find that hints at the vision and product roadmap.

Armed with that information, speak to the person interviewing you like you already work there. Tell them how you’d contribute immediately, what problems you’d fixed, and how you’d advance the company’s vision.

Do not, however, simply give yourself adjectives. Everyone is a “scrappy self-starter” in an interview.

Terrible-but-popular answers: “I’m a high-energy thinker with a growth mindset.” “I have a track record of success in similar roles.” “I have a degree from <>”

Make Your Questions As Good As Your Answers

The final question in non-technical interviews is almost always “What questions do you have for me?” This is your opportunity to judge the company’s potential, and to prove your business competency.

You should be asking questions that help you understand the business, particularly the areas you’ll be working in. You should not, however, be asking questions simply to prove how smart you are. For instance, if you’re interviewing for an operations role, asking questions about burn rates and costs is good. Asking detailed questions about the decision to use NoSQL, particularly if you’re not knowledgable about engineering, could comes off as insincere and signal that you’re more worried about proving intelligence than you are understanding the business.

Act as if you already have the role, and these are questions you’re asking in your first strategy session. What would you need to know to start solving business problems today? You’ll leave the interview with a thorough understanding of the business, and your ability to impact it. You might just leave with a job offer, too.