…When You Aren’t In The Room 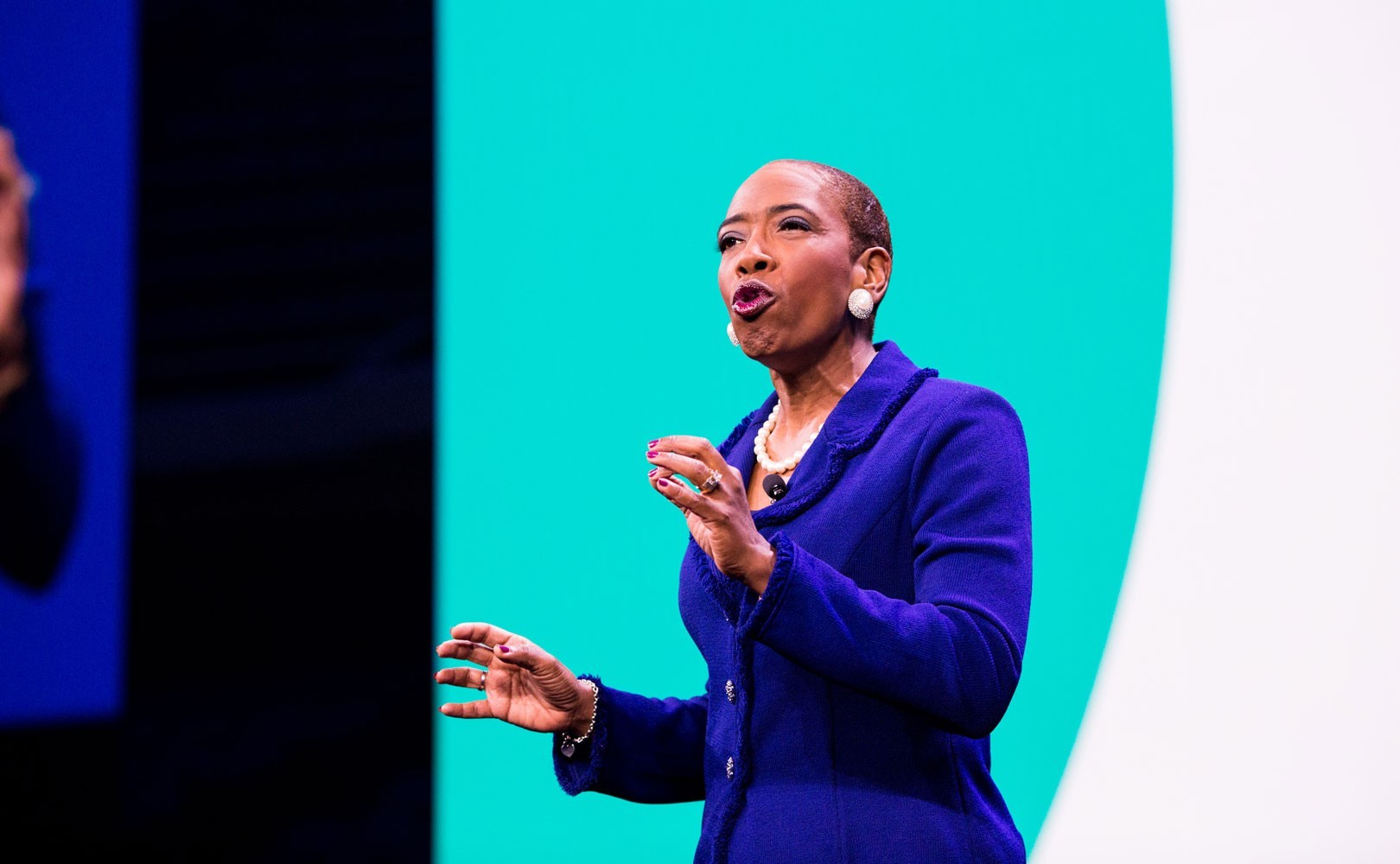 As someone named by Fortune as one of the “50 Most Powerful Black Executives in Corporate America,” Carla Harris, Vice Chairman at Morgan Stanley, knows a bit about how to reach your career goals. “I dare say,” she says, “that I have learned a few things about not only surviving, but thriving.”

On the road to becoming a successful businesswoman, author of the books “Expect to Win” and “Strategize to Win,” mother, and accomplished Gospel artist, Carla has gained experiences that she has distilled down into her “pearls of wisdom.”

These are “hard-earned, hard-learned pearls from being a woman on Wall Street for 31 years,” she says, and they will help you meaningfully shape the way others perceive you and what they say about you when you’re not in the room. “After all, most of the important decisions about your career—promotions, assignments, compensation—usually happen when you’re not in the room,” Carla says.

Carla shared her pearls with a crowd of 4,000 at Talent Connect 2018 and it’s safe to say she inspired everyone in the audience.

1. Pick three adjectives you want to embody and use them to shape the way people perceive you

Perception drives reality—or as Carla says, perception is the co-pilot to reality. “How people perceive you will directly impact how they deal with you,” says Carla.

If you only take one thing away from her speech, Carla implores that it be this pearl of wisdom: “You can train people to think about you in the way you want.” But first, you have to define exactly what you want them to think using adjectives. “Pick three adjectives you’d like people to use to describe you when you’re not in the room,” Carla advises. As mentioned, this is when crucial decisions are made about your career.

For example, after a leader told Carla that she didn’t seem tough enough for this business, she made a pledge to herself and made “tough” one of her adjectives. For 90 days, she’d “walk tough, talk tough, eat tough”—she even consistently used the word “tough” to describe herself to others. When someone asked her to critique a CEO’s presentation, she cautioned: “Is this CEO sensitive? Does he have thin skin? I don’t want to hurt his feelings, because, you know—I’m tough.”

2. Invest in your work relationships – this will trump your performance in the end

Performance matters in any job, especially early in your career, says Carla. It gets you noticed, paid, and may even earn you a sponsor, someone senior who will go to bat for you.

Strong performance is necessary to get your foot in the door, and you won’t last in any position with poor performance. But as you continue to earn performance “currency” in your career, you’ll eventually see diminishing returns. That’s because “you’ve  created a new standard of excellence,” says Carla. “Everyone already expects that you’ll deliver.” Performance will take you far, but only so far.

That’s where relationship currency comes into play. Unlike performance currency, the value of strong relationships doesn’t diminish. “Relationship currency is the investments you make in other people,” Carla says. Without it, you won’t have anyone to vouch for you when your name is brought up. That’s why it’s important to build many relationships: “If the only person who knows you’re doing a great job is your boss, you’re vulnerable,” says Carla. “They may leave, they may lose their seat, they may lose their juice. Make sure as many people as possible know about you.”

You cultivate relationship currency by making connections with the people around. Frequency of touch plays a big role in this—simply chatting in the hallway for a few minutes everyday is enough to create relationship currency with someone. Another easy way to build relationships is by showing that you’re truly listening to someone: reiterate what they said to make sure you heard them right—everyone appreciates being heard.

3. Bring your authentic self to work—it’s your greatest competitive advantage

“No one can be you as well as you can be you,” Carla says. Whether it’s your passions, your personality, or your working style, don’t be afraid of being who you truly are at work.

Trying to be someone else takes extra work—it’s a substantial cognitive load on top of everything else you’re doing. When you’re preoccupied with keeping up your facade, you won’t be able to listen as attentively, think as quickly, or communicate as clearly.

Being yourself and letting your interests shine through at work also give people a bridge to build a stronger relationship with you. For example, Carla is an accomplished singer, but didn’t want to bring that into her work. Once her colleagues mentioned it to a client, they immediately lit up and started asking her questions about it—earning Carla a spot in the “meeting before the meeting.”

Those relationships are crucial to your career—and a strong, inclusive company culture. As a talent professional, you have a platform to let everyone at your company know that it’s okay for them to be their authentic selves at work. Encouraging that authenticity lets everyone perform better and build stronger relationships.

As inspiring as Carla is, it’s important to remember that none of her pearls of wisdom promise instant success. From re-shaping the way people perceive you, to building relationship currency, to bringing your authentic self to work—they all take hard work and consistency day after day. That’s the difference between surviving and thriving.

This post originally appeared on the LinkedIn Talent Blog.

Looking to advance your career? These LinkedIn Learning courses can help: