How To Tell If You’re Joining a Rocketship    +   guide to finding your first job in tech.

Everyone wants a seat on a rocketship. 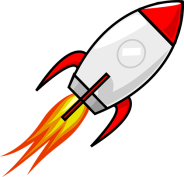 The problem is, it can be tricky to tell if that startup offering you equity is really on its way to a huge exit. To help, we put together a list of questions to help you evaluate “rocketship signals,” like a startup’s VC activity, finances, and the talent they’ve attracted.

First, our definition of “rocketship,” which isn’t exactly scientific: A rocketship is a startup growing quickly toward a successful exit. It also has significant funding and traction, which rules out most pre-Series B companies.

With that primer out of the way, let’s get into the questions.

Note: If you are a new grad, we recommend starting with our guide to finding your first job in tech.

1. Do VCs Believe This Is A Rocketship?

A VC’s job is to pick winners. When deciding whether or not this company is a rocketship, their opinion counts for a lot.

If you have VCs in your network, ask them their opinion of the company. Beyond that, analyze the recent investment activity around the startup. As Jake Zeller, partner at AngelList and Spearhead, explains it:

The number one criteria that indicates whether or not the company has big potential is the quality of investors in the company, how much they invested, and how quickly they are raising back-to-back rounds. If Sequoia led the Series B and wrote a $20 million check from their venture fund, then it’s probably an amazing company. If Sequoia wrote a small check (say $3 million) that doesn’t signal as strongly.

With VC activity, recency and frequency are key. If a major fund contributed to the company’s seed round but hasn’t touched the company in years, that’s not encouraging. If, however, Sequoia lead their seed round, and one year later Andreessen led their Series A, that’s a fantastic signal. You can get a good sense of what names are attached to a company via their AngelList profile.

Finally, it’s important to see which member of the investor’s fund joins the startup’s board. If a senior partner—like Marc Andreessen—joined the board, this is a company they’re betting on hard.

2. Do You Believe In The Vision?

Regardless of what VCs think about the company, you’re the person who has do the job. You’ll need lots of motivation to execute at a fast-growth startup, and this will only come from fundamentally believing in the company.

If you can answer “Yes” to those questions, then you’re in great shape.

If you’re unsure of the answers, ask the most senior person interviewing you their opinion of the competitive landscape and what their big initiatives for the next year look like. Neither question is aggressive enough to be off-putting, and both should give you helpful information to inform your decision.

3. Do The Financials Support Your Opinion?

There are two financial data points you need to tell if this company is healthy:

Asking for this information shouldn’t be uncomfortable, but you’ll need to ask the right person, at the right time. Specifically, ask someone more senior–an executive or senior operations/finance team member—who would have access to this data, and do so after you have an offer on the table.

If the company seems financially sound—meaning it is growing very quickly and isn’t going to run out of money tomorrow—you’re in good shape. But if it’s hemorrhaging cash with no clear roadmap, think carefully before coming on board.

A third possibility is the company doesn’t know its numbers. That’s a warning sign. Leadership should unequivocally understand when they’re projected to run out of cash. If they don’t, it’s a sign the company is disorganized or unwilling to be transparent.

4. Is This A Rocketship-Capable Team?

Talent is the scarcest resource in the startup ecosystem. The demand is so high that fewer than 1% of U.S. engineers are currently unemployed. A company with great talent has a huge competitive advantage, making it much more likely to be a rocketship.

To answer this question, evaluate the team from the top down, starting with the professional history of its founders.

These are all positive signals. While domain experience and integrity are non-negotiable, a successful exit is a “nice to have.”

Beyond the founding team, you’ll want to evaluate the employees. Where were they before, and what opportunities did they pass up in favor of this one? If multiple team members left high-paying jobs or were working on rocketship startups before, it’s a great signal.

Joining a startup as an employee is not all that different from joining as an investor. You’re evaluating a company, speculating on its future, and anticipating potential payoff. The difference: instead of investing capital, you’re investing your time.

That’s why no matter how excited you are about the company—or how uncomfortable you get when negotiating—you must do your due diligence. That means analyzing the investment activity around a company, asking high-level financial questions, researching team member backgrounds, and also being careful to respect confidential information.

If you do this right, you’ll be taking a seat on a rocketship whose trajectory you have complete confidence in. That’s the most exciting and reassuring place you can be.